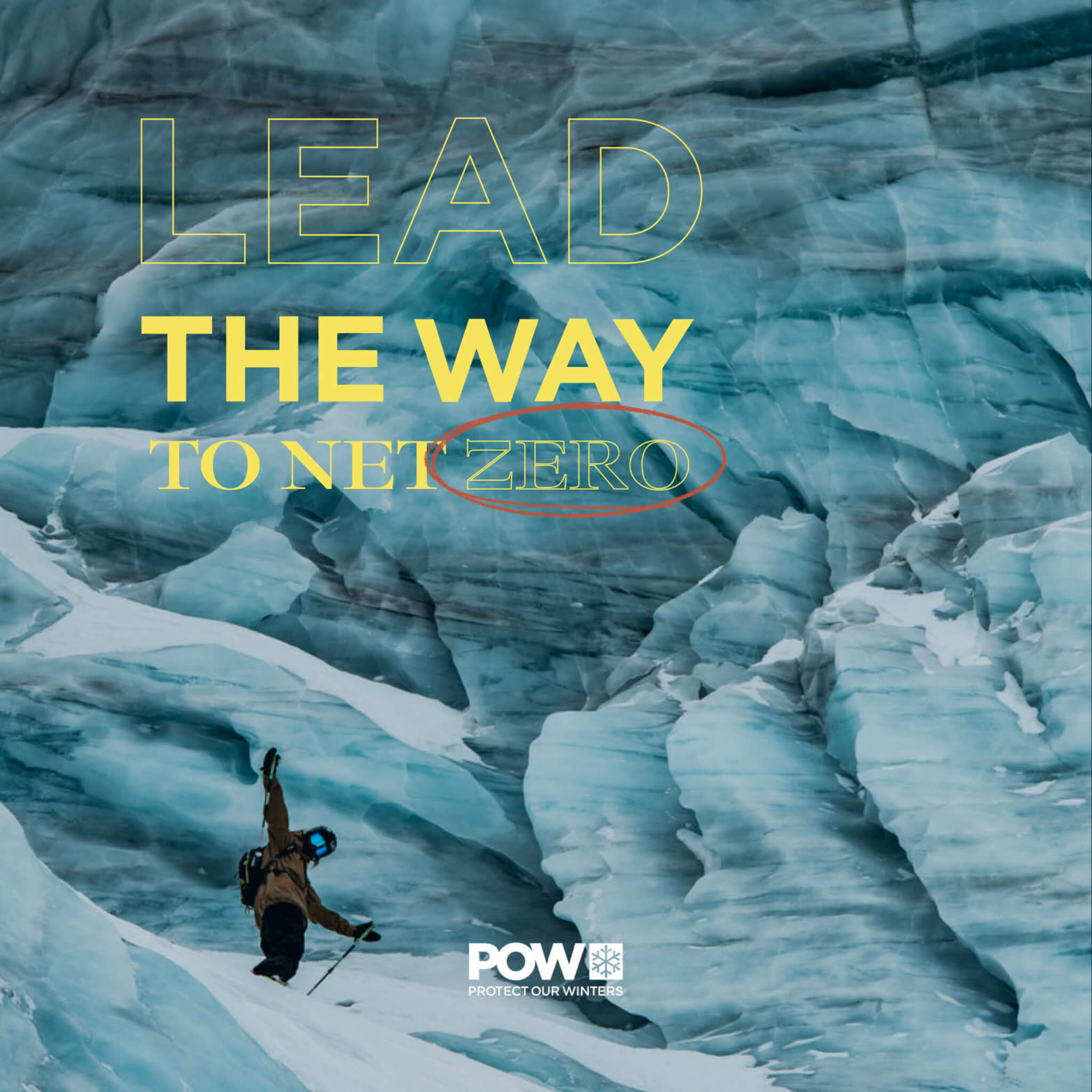 Next week, European leaders need to make a big decision. It is about how much carbon emissions will be reduced in the EU by 2030. The signals are that they will set that target at “at least 55%” net reduction. Protect Our Winters is relaying the voice of the outdoor community to say that this is not good enough.

Through an open letter signed by 51 professional European outdoor athletes together with 14 leading outdoor brands, sent today to all 27 EU Heads of State and Government, the 27 EU Climate, Environment and Energy Ministers and Charles Michel, President of the European Council, the outdoor community is calling for Europe to be more ambitious and lead the way.

There are well over 60 million skiers, snowboarders, trailrunners, mountain bikers, climbers and other outdoor sports enthusiasts in Europe: that’s a third the number of people who voted in the last EU elections. Not to mention the massive outdoor recreation industry. “United by our passions and our strong attachment to Europe’s incredible outdoor spaces, which are increasingly impacted by climate change, the outdoor community has a big and influential voice that they are now using for positive and meaningful climate action” says Sören Ronge, POW Europe Coordinator.

Why now? Five years ago, European leaders pledged in Paris to do what was needed to limit global warming to 1.5°C as beyond that would pose too great a threat to human life. So far, policies and actions are still falling far short of what is needed. But all countries and the EU committed to raise their climate targets this year, on the 5th anniversary of the Paris Agreement.

EU member states’ leaders are meeting at the European Council this 10-11 December to reach an agreement on the EU’s new target. As positive as it is that the European Commission has endorsed at least 55% reduction in carbon emissions by 2030 and the European Parliament has voted for 60%, the science says that at least a 65% cut is needed to comply with the Paris Accord and stand a chance of keeping warming to within 1.5°C. Sweden and Denmark have already expressed a supportive position for this goal.

POW’s campaign addresses European leaders in a variety of ways and features pro athletes and members of POW’s Athletes Alliance in videos, recorded in outdoor places threatened by climate change and directed directly to their respective heads of state and government. Through the campaign tool hundreds of citizens have already mailed their European leaders, asking them for increased ambition. The joint-letter, signed by both professional athletes and leading outdoor brands, calls for maximum climate ambition and explains that the outdoor community expects the European leaders to lead the way to net-zero. Finally, op-eds tell a personal climate story of our athletes and why this topic is not only political, but also emotional.

Protect Our Winters helps passionate outdoor people protect the places and lifestyles they love from climate change. POW Europe leverages the power of our network of eight national POW chapters in Europe, Austria, Germany, France, Switzerland, Finland, Norway, Sweden, Italy and the UK… and counting. From northernmost Lapland to the southern Alps and Pyrenees, our national chapters are strongly rooted in their communities and have their ear to the ground on national and local issues. POW Europe transforms those local strengths into cohesive and impactful Europe-wide climate action. At the same time, we amplify national campaigns and provide centralised support to our network.

“The Alps are hit harder by climate change than most areas in Europe. As the winter sports driven country that Austria is, we need to act now and set an example for the rest of Europe and the rest of the world. Anything less than an emission cut of -65% by 2030 would have huge consequences not only on nature, our ecosystems and our hobbies we love so much but also on our country’s economy where every 14th job is directly linked to winter tourism. So let’s act now because tomorrow is too late” says Moritz Nachtschatt, General Manager of POW Austria.

“Yet new but very concerned, our chapter, Pow Italy demands from European leaders to take action now, as our country is affected in every aspect: on the islands, the coasts, the rural areas, the forests and especially the mountain areas. However, Bolzano, as the birthplace of our chapter, suffers the hottest but also the coldest average temperatures throughout Italy. Therefore, it is impacted by climate change even more than other parts of the Alps! By agreeing on 65% reductions of CO2 until 2030 we would be able to significantly reduce the negative outcomes that climate change has on our lives and our society as a whole. We as Italians love our country, our culture and especially our remote areas that no one seems to have touched. No one, but the rising temperatures” says Linda Schwarz, President of POW Italy.